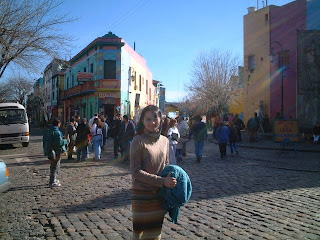 As a child of about ten or eleven I did not understand God at all and had trouble grasping many concepts. It became a joke in my Sunday school class when I did not comprehend the statement that God was everywhere. My teacher would greet me each Sunday by asking, “Did you see God this week?”

I would answer, “Yes, I saw him standing on the street corner.”

I was being facetious, but now I think I was fairly accurate.

In today’s reading, who is being quoted? Where does God live? What does His presence do?

God is everywhere. There is no place in heaven or on earth where God is not. He exists in the grand and lofty mountains of the earth. He exists in the vast waters of the oceans and the breath-taking vistas of fields and forests.

We can encounter God in the exciting and dramatic moments of our life when we are absolutely certain His hand is upon us. We can sense His presence in the quiet and the holy places of retreat. He lives in the complex relationships of life and in the simple moments of love.

No matter where we are He is there to lift us up. God is present to revive us, to give us strength and to give us a new spirit.
If you are broken and contrite, if you are alone or in a crowd, if you are elated or sad, God is present. Let Him pick you up and carry you to His table of love and mercy. 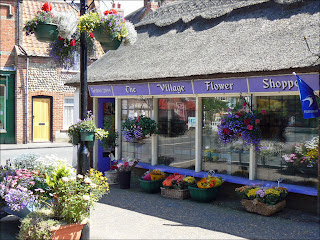 I was once told about a florist shop that had a display in their window featuring a single rose, two roses, six roses, a dozen roses and two dozen roses. The sign in the window asked “How mad at you is she?”

So many times when we have offended another our first thought might be of how we can make it up to the other person. Often times we want to pave the way to reconciliation through gifts. We want to buy our way out of trouble.

In our human relationships we shouldn’t try to buy off the one offended. In most cases a sincere apology is all that is needed. We need to take a similar approach with God.

Instead, we should have a broken spirit. This is not necessarily a sense of despair, although God promises to bind up the broken-hearted. Rather it is an awareness of our own unworthiness. A broken spirit is a spirit which has been broken of arrogance and selfishness. A contrite heart is a heart that is aware of our failings and short-comings.

We should come to the table with humility and an appreciation of what grace really means. All the love that God pours out to us is undeserved, yet He pours it out to us willingly and abundantly.

DAILY CHALLENGE: Is your heart contrite when approaching God? Is your spirit broken? 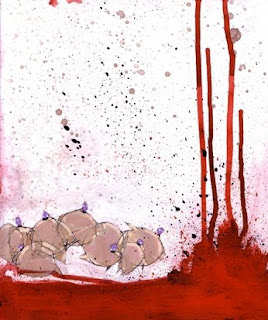 The evil behavior of Saul has had far-reaching effects. Not only was Saul killed along with his sons, not only was his grandson made lame, but now further descendents must pay for his mistakes. Many people of the Gibeonites were put to death under Saul in spite of an agreement to spare them.

What do the Gibeonites concede? What do they request? What does David agree to? Who will he not hand over?

The customs and politics of ancient Israel may be very foreign to us. Willingly handing over people whom we may consider innocent to pay for the sins of their ancestors seems very barbaric and very wrong. But, removing those aspects of this particular passage allows us to see David remaining faithful to his pledge to Jonathan.

It has been a long time since Mephobisheth was summoned to David’s house. Many years have passed. Now an old debt is brought up, and Saul is to blame. God is even the one who says so.

Although seven descendents of Saul are required for the sacrifice, David refuses to hand over Mephibosheth. David remains true to his word and Mephibosheth remains safe. What a relief that must have been for Mephibosheth.

The Lord has invited us, broken people, to come to His table and He will always watch over us as His guests. We need not fear or doubt that our relationship with God can be severed by anyone except ourselves.

DAILY CHALLENGE: How can you be reminded of God’s eternal faithfulness to you? 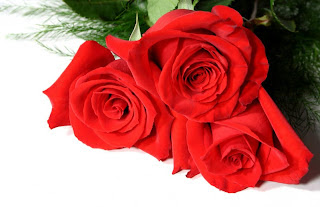 We recently had a couple in our church who were surprised by their family with an unexpected anniversary celebration. They thought they were attending a dull event for their grandson, but it turned out to be a party for them. They were so pleased by the surprise and the gathering of so many friends and family.

Today’s reading is about a surprise turn of events. We have seen the bitter rivalry which has been raging between David and King Saul (see 2 Samuel 2:12-31).

After all that has transpired in the war between Saul and David, one might expect Mephibosheth to be a helpless victim about to be removed by David. He is the last of the royal line, the last of a family who has a claim – through God’s anointing – to the throne. Even those who thought they were supporting David were executed (see 2 Samuel 1:15-16 and 2 Samuel 4:11-12), so how much more would one expect Saul’s grandson to be killed?

But David surprises Mephibosheth with mercy and love. Instead of having the lame, young man brought to the palace to be killed, Mephibosheth is brought forward to be honored and made, in essence, a member of David’s own family.

David has remembered his pledge to Jonathan and has made good on his word. This broken man has been given a place at the royal table.

And so, this story is our story. Each of us is broken. Each of us are among the fallen, the sinful, the unworthy. Each of us, with our sinful nature and human desires, are at war with God. We deserve to be ignored and shunned by our holy God.

But instead, we broken people are lifted up and carried to the table of God. We are given a place of honor at the banquet of love and mercy that God offers. Undeserving all, we are made welcome and invited to be part of the family of God.

You are invited to come to the table and take part in the love feast offered by the Lord.

DAILY CHALLENGE: Go to the Lord in prayer and thank him for His mercy.

My family and I are not from the area where we currently live and do ministry. Where we are is a great place for our children – a safe place and a place where they can excel at their talents. But before we left our home town we had to consider what effect our move would have. The actions we were planning to take would have an impact on our children.

The saga of Saul and his family continues in 2 Samuel. There is still conflict between David and those who are of the household of Saul. And the actions of Baanah and Recab, two men working under Saul’s son, read like something out of “The Godfather” (see 2 Samuel 4:5-12).

In the midst of this account of turmoil and bloodshed we have a very short statement about Jonathan’s son, grandson of Saul. The five-year-old boy, Mephibosheth, is in the care of a nurse. When news of the deaths of his father and grandfather reaches the household the nurse gathers up the boy to flee. But in the haste and panic Mephibosheth is dropped.

We might assume that the fall fractured his ankles or lowers legs causing permanent damage. He is described as being lame in both feet, but there is no indication that the injury prevents him from walking at all.

What has caused this permanent injury to Mephibosheth? He was injured because his caretaker felt the need to escape as quickly as possible. There was panic and haste, and ultimately a careless action caused a lifetime of damage.

We also can get caught up in our own dramas, our own desires, our own stories. When we do we can overlook the fact that others are impacted by our actions. The decisions we make can sometimes cause pain and suffering for others.

We need to prayerfully consider our decisions and our behaviors so as not to cause pain in the lives of those whom we love.

DAILY CHALLENGE: What decisions are you faced with? Who will be affected by them?