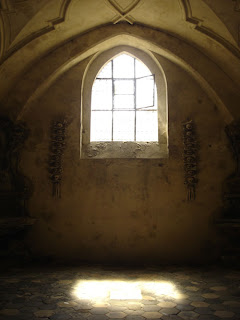 When my brother and his wife bought their first house my sister-in-law was discouraged because the place was not what she wanted it to be. There was a great deal of work that would need to be done to get the place where they wanted.

Her father explained that getting the house of your dreams takes time and work. It doesn’t all come at once. Eventually, however, the vision of the perfect place could become a reality if they applied themselves.

James has some advice for those who have faith. What is required for maturity? What will we have when we reach spiritual maturity?

Just as our plans and desires for our home, our job, even our families may not come in an instant, our faith requires some work. We will all face trials and troubles. Many will challenge our beliefs and our ability to stand firm in our faith.

This is to be expected. It is also something that, in some ways, we should welcome. The ability to withstand the challenges of faith and the perseverance to carry through will help us grow stronger. In time we will reach the maturity, the completeness we desire in our faith.

And with that wholeness, that perfection we seek, we will not lack what we need. As we become more complete in our faith, as we grow, the act of being a Christian, of being a true believer will become easier for us. We will have more abilities to fight the fears that inhibit us, the doubts that hinder us.

With a strong faith, a faith that has persevered through the challenges, we will be more ready to accept the responsibilities of being a child of God. With a more complete faith we can more easily resist the temptations of life and our own fears and selfish desires, and live a much more holy existence.

DAILY CHALLENGE: What can help you persevere in your faith? 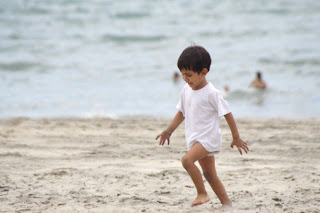 We’ve all heard the saying, “If I knew then what I know now.” Looking back at my childhood, teen years, years in college – even the first years of married life – I can sometimes cringe with the foolish decisions I made. I get angry with the “me” of the past and how timid I was, how easily manipulated and intimidated by others.

With maturity and growth – physical, mental and emotional – comes more abilities and a stronger faith. As I grow physically older and more experienced I am more able to deal with the situations of life and I am better at standing firm in the face of adversity.

In his letter to the Romans Paul offers encouragement on spiritual maturity. What should believers NOT do? What should we do? What will we be able to do when we are transformed?

Our faith and our relationship with God is a journey, a growth process. Just like our bodies and minds, our beliefs and spiritual abilities take time to grow and develop.

When we are immature in our faith we can be easily manipulated and led astray. But with time, through experiences and Biblical study, our faith can grow into a deeper maturity. We gain strength and ability in our souls as we move forward in faith, as we stand the trials and challenges in life.

If we can apply ourselves to our spiritual growth, if we can nurture our souls and work to be stronger Christians we can be renewed in our spirit. We can have a stronger faith and greater abilities at living out our faith. We can grow to be more like Jesus in our attitudes and actions.

DAILY CHALLENGE: How can your faith be transformed into a more complete faith? 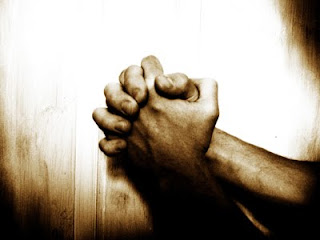 Ministering to the dying is one of the biggest challenges I face as a pastor. I don’t always know what words to offer someone faced with death. Several years ago I was trying to offer comfort to a person who was terminally ill. In our conversation about death he smiled at me and said, “I’m anxious to see what lies ahead.”

The conversation was much easier after that. This man facing death displayed more spiritual maturity than I had, more than I had even seen in almost anyone else. When we are spiritually mature, spiritually complete – perfect – then we are able to do more good.

We saw Jonah have his faith mature when he went through the ordeal of being swallowed by a big fish. Now that his faith was matured beyond what it was Jonah was able to serve God. How did the people of Nineveh respond to Jonah’s preaching? How did the king respond?

Just ahead of this passage we learn that the city of Nineveh was a very important city. It was so large that it required three days to pass through all of its streets. The task of preaching to this city was a frightening and daunting one for Jonah. He did not feel up to the work.

But because of his ordeal on the sea, the ordeal of being swallowed by a fish, but also the realization that God saved him, Jonah matured and moved closer to the perfection we are called to. His faith grew. His faith came closer to wholeness and completeness.

With this stronger faith Jonah was able to actually go to the huge city of Nineveh and preach a message of repentance. The result was that all the people of the city actually listened to this stranger. Even the king heard the message and responded by dressing in sackcloth and ashes as a sign of penance.

We too must mature in our faith. We should grow. Or faith needs to become stronger and more complete. With a stronger faith we can accomplish more for the kingdom of God. We can be more willing to step forward and dare to do good in God’s service. And that work can change lives.

DAILY CHALLENGE: What will it take for you to do more for God? 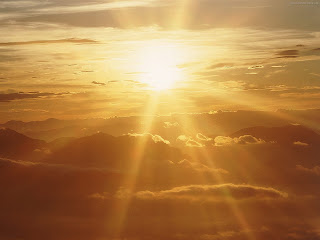 As our children grow up we have fewer and fewer instances where my wife and I have to tell them, “You’ll understand it when you get older.” They are getting older and indeed understanding more and more of what goes on around them and what goes on in society.

Like children, we as believers need to grow up in our faith. Complete understanding, the ability to trust whole-heartedly, complete dedication to serving God and sharing the good news of Jesus does not come automatically but must increase over time. As Christians we should be growing day by day.

In Matthew 5 we have the famous “Sermon on the Mount,” a profound set of teachings from Jesus. What does Jesus call us to be? Who should we imitate?

As mentioned before, the idea of being perfect may not exactly mean that we are completely holy as Jesus was holy. The perfection we are called to may not enable us to heal the sick and walk on water. The word “perfect” as it is used here can be translated as “mature, whole, complete.”

To be as mature and whole as God would mean that we have a complete confidence in the goodness of God. It would mean having a broader world-view, the ability to see the world as a whole and not just as separate pieces with one group fighting against another (This comment comes at the end of the command to love our enemies).

DAILY CHALLENGE: What new strength has been added to your faith? 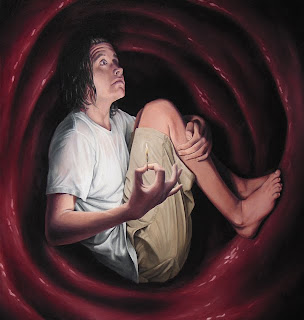 I was discussing the work of writing sermons with a group of pastors a few months ago. One of them, Bob, said that after preaching his first sermon he asked his wife what she thought about it. She offered a few constructive criticisms, suggesting ways it could have been better. Bob said, “That was the last time I ever asked for her opinion.”

Taking correction and criticism can be very difficult, even if the suggestions are well-intentioned and aimed at making us better people. But changing and growing is all part of becoming more mature, and it is no less important than in our faith life. We are called to grow in our faith, to mature, to reach completeness – which the Bible sometimes calls “perfection.”

Most are familiar with the story of Jonah. He is a prophet called by God to preach to the city of Nineveh so that the people might repent and be spared God’s wrath. But Jonah is immature in his faith and runs away from where God wants him. Eventually he ends up in the belly of a big fish, usually referred to as a whale.

While in the big fish Jonah matures. What realization does Jonah have? What does he pledge? What is his final comment?

Being swallowed by a big fish is pretty bad, but it could have been worse. He could have drowned. The fish actually saved his life.

And in that realization Jonah grows spiritually. He realizes that if he had been obedient he wouldn’t be in a tough spot. He realized that even though he is in a tough spot, it could be worse. God has spared him death.

The thought of being called to perfection can be intimidating. But if we see “perfection” as spiritual wholeness it might not be quite so daunting. Like Jonah we need to be spiritually mature enough to repent, mature enough to obey God and mature enough to submit to His will. In that we will grow to a more developed and complete faith.

Then, as spiritually whole and mature believers, we can fully recognize the grace and salvation that comes from God. As mature believers we can sing songs of thanksgiving to God and be willing to make good on our vows and pledges to the Lord.

DAILY CHALLENGE: How will you make your faith grow?